Skip to main content
It looks like you're using Internet Explorer 11 or older. This website works best with modern browsers such as the latest versions of Chrome, Firefox, Safari, and Edge. If you continue with this browser, you may see unexpected results.

Early last June, State Street businesses chose to board up their windows and doors in response to the Black Lives Matter demonstrations downtown. Instead  of letting blank plywood take over the message of the demonstrators, the City of Madison chose to commission artists to paint murals on the plywood. 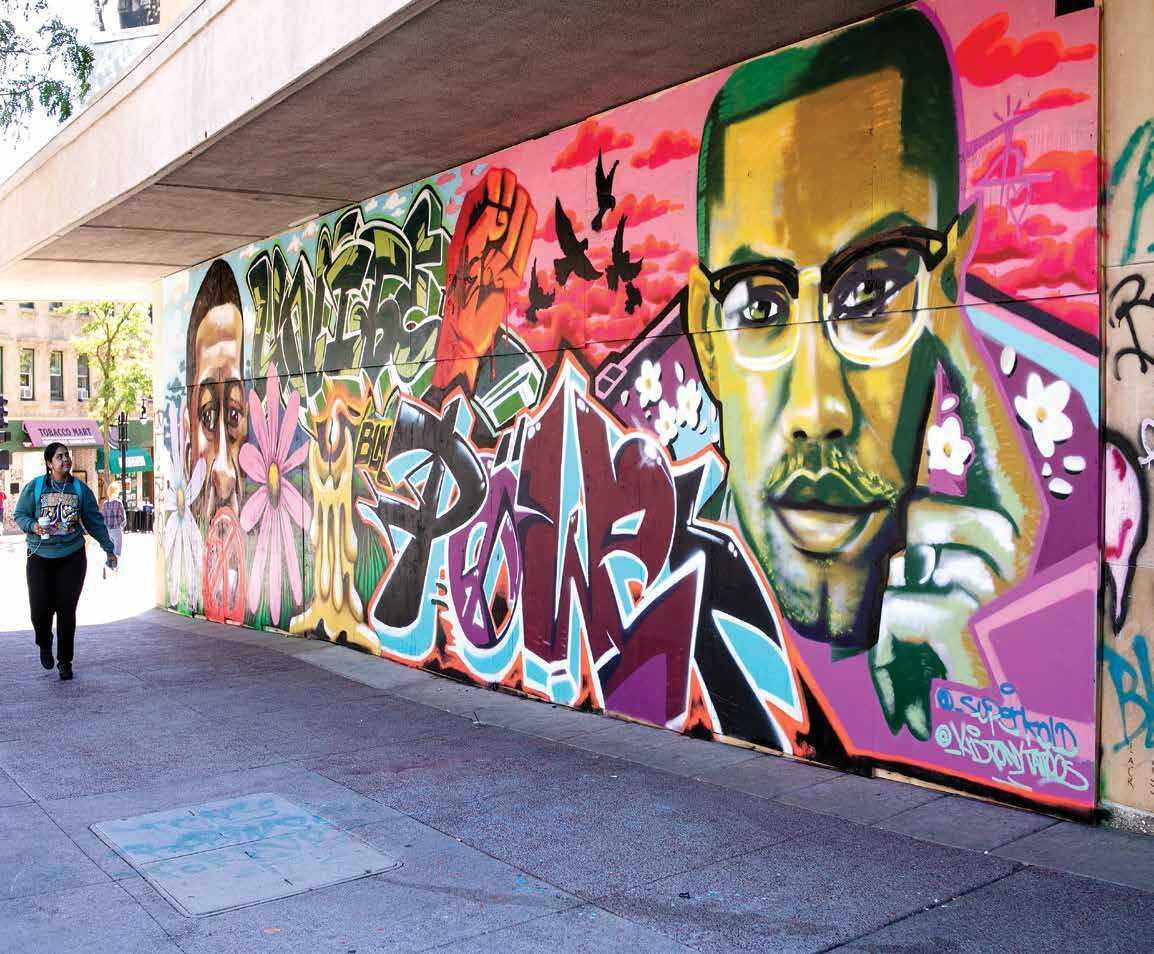 One of the photos in "Let's Talk About It," a book produced to preserve the memory of the Black Lives Matter murals that took over downtown Madison this summer.

The recently released book, Let’s Talk About it: The Art, The Artists, and the Racial Justice Movement on Madison’s State Street, features photos of all those murals and the artists’ statements on their work.

In its introduction, Hon. Rev. Everett Mitchell quotes James Baldwin: “The precise role of the artist, then, is to illuminate that darkness, blaze roads through the vast forest, so that we will not, in all our doing, lose sight of its purpose, which is after all, to make the world a more human dwelling place.”  Visual media is a powerful way to send a message. The library’s collection has other examples of how visual media has been used by the racial justice movement.

For All The World To See: visual culture and the struggle for civil rights builds on a photograph distributed by Emmett Till’s mother of his corpse after he was murdered by white supremacists. Asked why she would do this, she explained that by witnessing with their own eyes the brutality of segregation and racism, Americans would be more likely to support the cause of racial justice. The images in the book were originally curated in a gallery exhibit of the same name at the International Center for Photography in 2010. It examines the role of visual media in the civil rights struggle from the 1940s through the 1970s, running the gamut of television, photography, advertising, even children’s toys.

The story of the Civil Rights movement is often focused on Southern cities like Selma and Birmingham. In North of Dixie: Civil Rights Photography Beyond the South, Wisconsin historian and writer Mark Speltz highlights lesser-known stories from New York, Detroit, Chicago, and Seattle, which largely go unacknowledged and uncelebrated by the wider narrative of the civil rights movement. It includes many lesser-known pictures found in local newspapers, libraries, archives, and historical societies, taken by professional and amateur photographers alike, even the activists themselves. 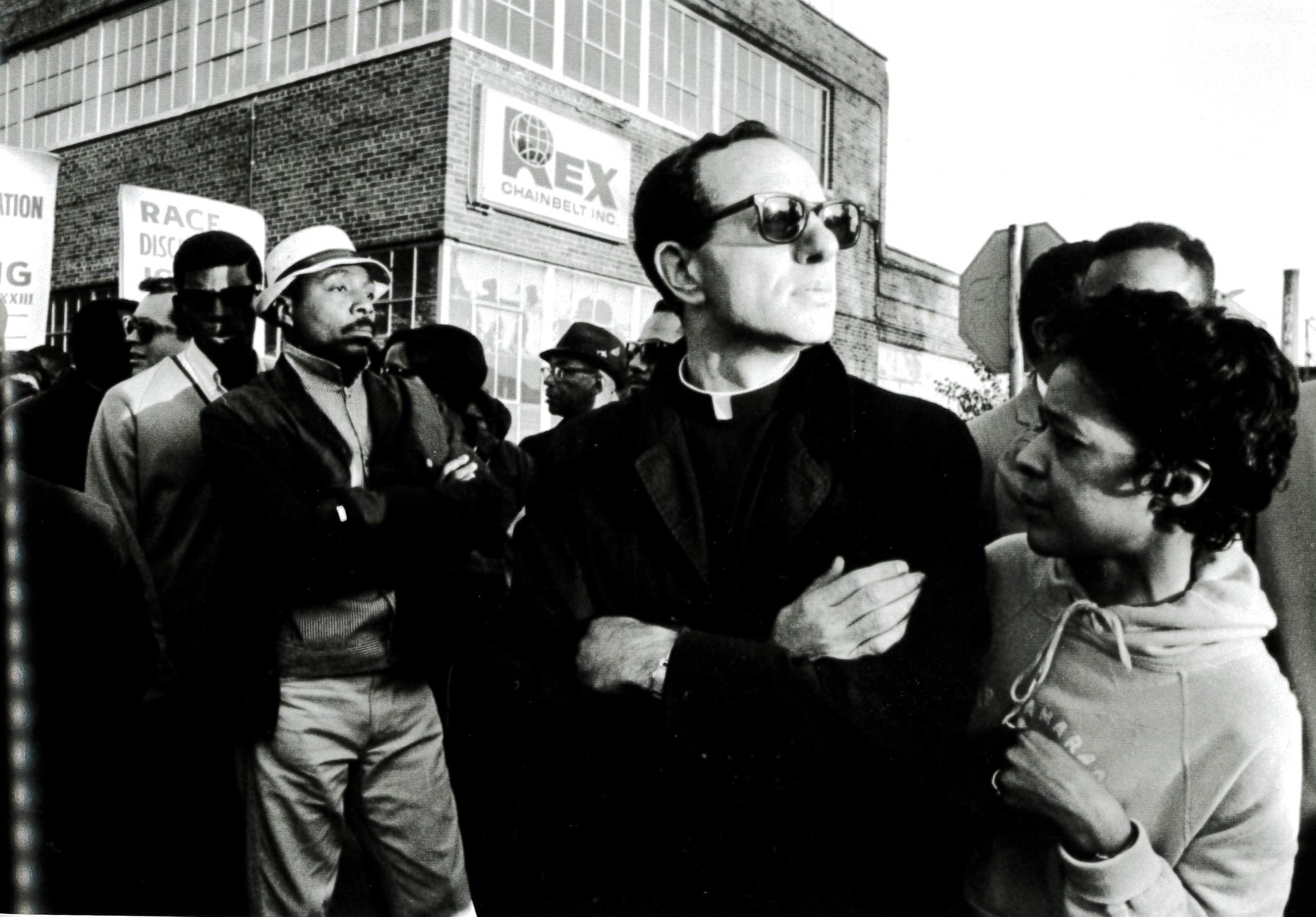 Celebrate Black History Month by picking up one of these books from the library this month!