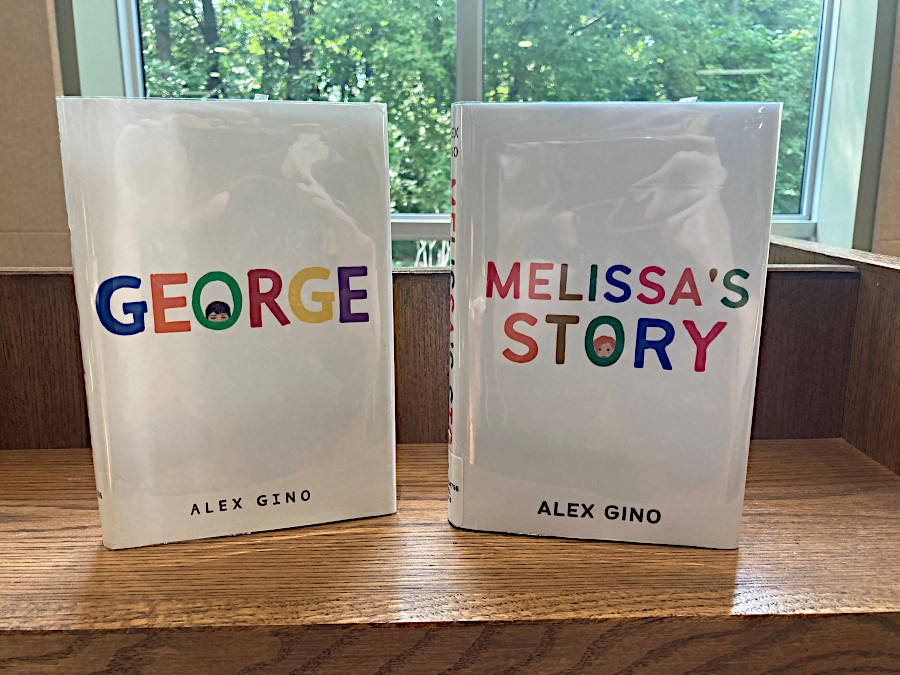 You may have heard of George. In 2020 it was the #1 most banned, challenged, and restricted book in the U.S. for “for LGBTQIA+ content, conflicting with a religious viewpoint, and not reflecting ‘the values of our community’”.

If you haven’t read it (spoiler alert), George is the story of a transgender girl. While the main character is referred to as George throughout most of the book, that is not the name she wishes to use. Her chosen name is Melissa, and while Melissa is a fictional character, the choice to use her deadname (the name a trans person is born with but no longer goes by) rather than her chosen name is a very real microaggression many real-life transgender people face. Alex Gino, the author, wrote on their blog earlier this summer,

“She is not real, so I can’t hurt her feelings, but the title of my book makes it seem as though it is ever okay to use an old name for a person when they have provided you with a different name that works better for them. I want to be clear – it isn’t.”

In the very same blog post, Gino asks their readers to change the titles on their copies to Melissa’s Story and share photos of their altered copies on social media. A lot of readers used Sharpies to cross out George and write in Melissa’s Story, some embellishing the cover with the transgender pride flag or other motifs. Some people designed their own jackets with the updated title. As a staff, we decided to use a book jacket designed by a librarian from Kenton County Public Library, which has the same color scheme and design as the original iconic cover.

As a library, we had one more decision to make – how should the book appear in our online catalog? We wanted to be sure that people could find the book regardless of which title they searched for. Many libraries decided to leave the title unchanged but add Melissa’s Story as an alternate title in their catalogs. However, we thought that was not in the spirit of what the author asked readers to do, and not the best way to honor Melissa. In the end, we decided to retitle it in our catalog as Melissa's story [formerly George]. It prioritized the author’s preferred title, and the preferred name of the character herself, while also communicating as clearly as possible to that it is the same book that was once called George.

You can place a hold on Melissa’s Story through our online catalog.